From
MINISTRY OF COMMERCE PEOPLE’S REPUBLIC OF CHINA

China International Electronic Commerce Expo 2014 (hereinafter referred to as “the Expo”) was held successfully in Yiwu International Exhibition Center from April 10 to 12 under the guidance of the Ministry of Commerce and Ministry of Industry and Information Technology. The Expo was hosted by Zhejiang provincial government and co-sponsored by the China International Electronic Commerce Center (CIECC), China Electronic Chamber of Commerce and Yiwu municipal government. Assistant Minister of Commerce Wang Bingnan attended and addressed the opening ceremony of “The fifth APEC E-Commerce Business Alliance Forum” on the sidelines of the Expo. Mr. Qu Weizhi, chairman of China Electronic Chamber of Commerce, Mr. Li Jinqi, director-general of Department of Electronic Commerce and Informatization under the Ministry of Commerce, and Mr. Zhu Xiaoliang, director of CIECC attended the opening ceremony of the Expo. Officials from the General Administration of Customs, Zhejiang province, Jinhua city and Yiwu city were also present at the opening ceremony. 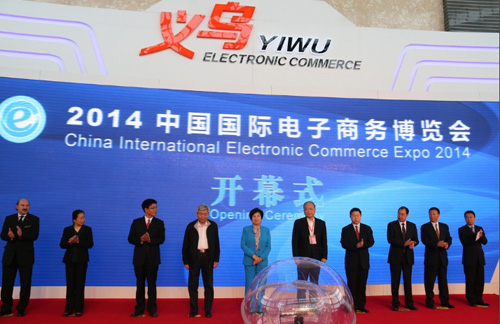 Under the theme of “E-Commerce Brings Global Opportunity”, the Expo set up 1,620 international standard booths for 756 businesses from ten countries and regions as well as China’s 19 provincial regions. A total of 91,256 visitors in 172 delegations and groups from 22 countries and regions came to the Expo, which was spoken highly by both exhibitors and visitors. Altogether 35,076 agreements of intent on cooperation were signed on the spot, including 19,595 reached among enterprises related to e-commerce platforms and e-commerce service, and 15,481 deals of intent on network distribution agent. 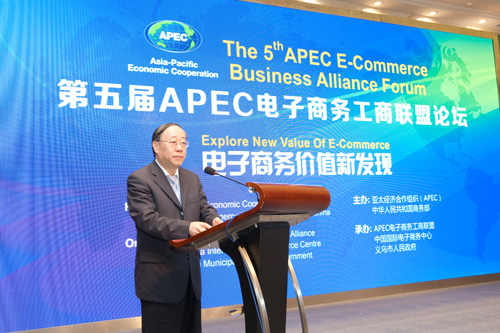 On the sidelines of the Expo, The 5th APEC E-Commerce Business Alliance Forum was held, sponsored by the Ministry of Commerce and APEC and undertaken by CIECC and Yiwu municipal government. Assistant Minister of Commerce Wang Bingnan attended and addressed the opening ceremony, and director of CIECC Zhu Xiaoliang attended the forum and delivered a speech at the closing ceremony. Deputy director of CIECC Fu Cheng attended and chaired the sub-forum of “E-Commerce Status Quo and Future Trend in Asia-Pacific Region”. More than 600 people, including officials from APEC economies like China, the U.S., Australia, South Korea, Vietnam, Malaysia, Thailand and the Philippines, representatives from well-known E-commerce enterprises and research institutes attended the forum. 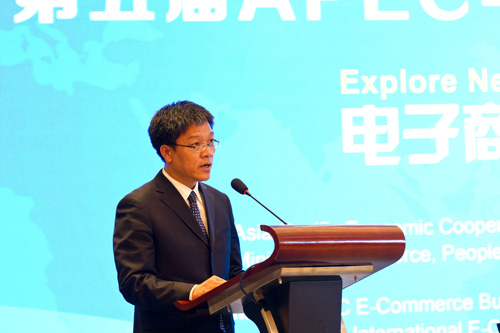 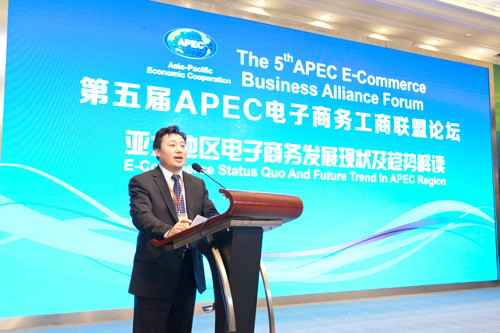 Director Zhu Xiaoliang said in his closing speech that the forum was part of the important official activities of APEC in 2014, and also an important move for China, the host country, to practically push forward the cooperation among APEC economies. The forum enabled the visitors to have a better knowledge of the latest development of E-commerce in the Asia-Pacific region and particularly China. They could also see that Chinese government is striving to create a good policy environment for the sound and rapid expansion of E-commerce. The traditional advantages of “made in China” are transferring to the E-commerce sector. Yiwu city is also exploring a new model for the transformation of traditional E-commerce. It can be said that the forum has realized expected goals and achieved satisfactory results.

In addition, CIECC took an active part in organizing E-commerce giants like Alibaba, HC360, Trade2CN and Focus Technology as well as E-commerce exemplary cities, bases and businesses from Tianjin municipality, Changsha city in Hunan province, Quanzhou city in Fujian province, Yunfu city in Guangdong province, Lishui city in Yunnan province and Wugang city in Hunan province to attend the Expo with a combined coverage of 700 square meters. In addition, CIECC organized its branches nationwide to recruit more than 600 representatives from local governments and businesses in the provincial regions of Heilongjiang, Fujian, Hunan, Ningxia, Jiangsu, Shaanxi, Jilin, Guangdong and Zhejiang to join the Expo. Besides, CIECC and its subordinate companies jointly attended the Expo. 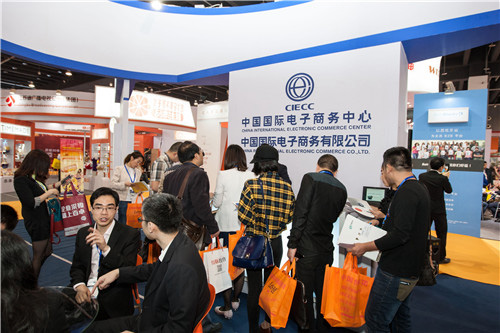 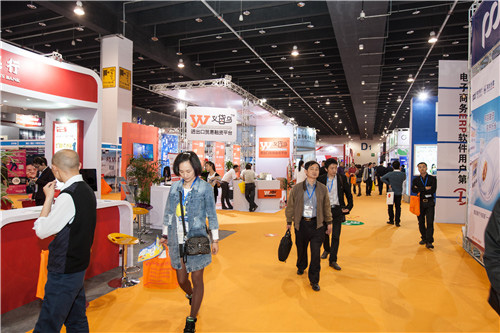